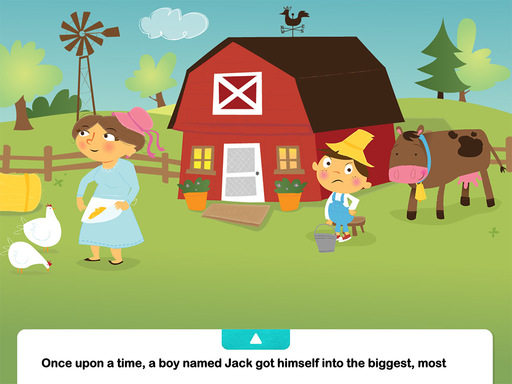 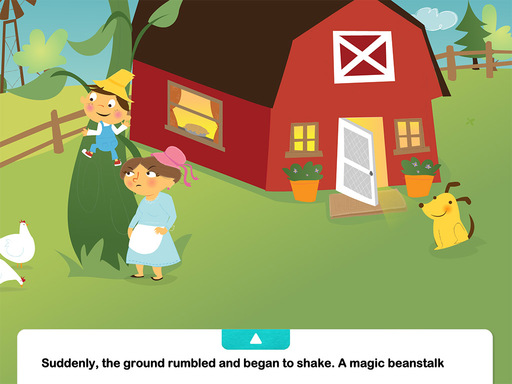 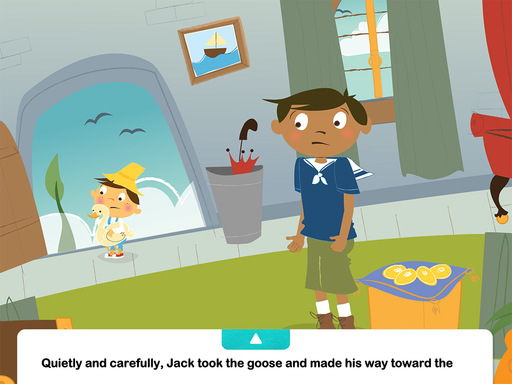 HOMER is an early learning program for kids ages 2-8. It includes access to hundreds of interactive stories and a personalized learn-to-read plan. Try it free for 30 days!
Jack’s tired of milking his old cow, so he decides to sell her at the market. On the way, a peddler convinces Jack to trade the cow for magic beans, and his mother’s none too happy about it. When she tosses the beans out the window and a beanstalk shoots up into the sky, Jack just can’t resist finding out what’s at the top—a giant castle! There he finds a goose that can lay golden eggs, and . . . what’s that? “Fee fi fo fummy!” It’s a giant that thinks Jack smells “yum, yum, yummy!” But when the giant follows Jack down the beanstalk, Jack and the giant find a way to become friends.
show full description Show Short Description
Fairy Tales
Browse our collection of fairy tales including those made famous by The Brothers Grimm and Hans Christian Andersen
view all 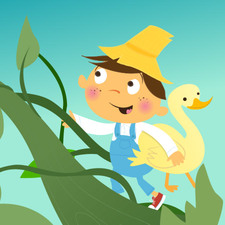 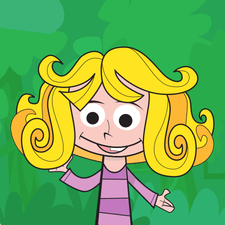 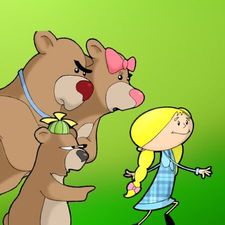 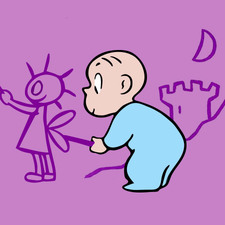 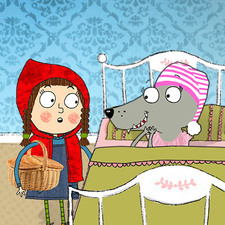 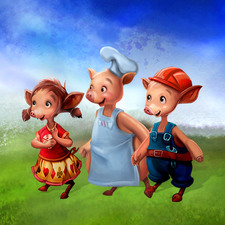 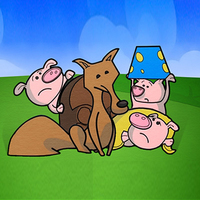 One membership, two learning apps for ages 2-8.
TRY IT FOR FREE
Full Text
Once upon a time, a boy named Jack got himself into the biggest, most humongous heap of trouble ever. It all started when Jack’s mama asked him to milk the old cow. But Jack decided he was tired of milking cows. “No way, no how. I’m not milking this brown cow now,” said Jack, and he decided to sell the old cow, so he’d never have to milk it again! Jack was on his way to market to sell the cow when he came across a peddler. “Hi, Mr. Peddler,” said Jack. “Where are you headed?” asked the peddler. “I’m going to sell my cow at the market,” Jack answered. “Why sell your cow?” asked the peddler. “Trade her for beans!” “Beans?” asked Jack. “Not just any kind of beans,” said the peddler, “magic beans.” “What do they do?” asked Jack. “They do magic!” said the peddler. “Magic? Sold!” said Jack, and he traded the cow for three magic beans. Jack got home and told his mama he had sold the cow so he wouldn’t have to milk her anymore. “Oh dear, you did what?” Jack’s mama asked. “I sold her for magic beans,” said Jack. “You sold a cow for magic beans?” Jack’s mama couldn’t believe what Jack was telling her. “There’s no such thing as magic beans,” she said as she threw the beans out the window. “Well, I did make them disappear, but that still doesn’t make them magic!” Suddenly, the ground rumbled and began to shake. A magic beanstalk grew up right before their eyes! Jack saw it and immediately began to climb the tall beanstalk. “Get back here this instant!” called Jack’s mama, but Jack wasn’t listening. Jack climbed up and up and up and up the beanstalk. At the top of the beanstalk, Jack found a giant castle. He walked up to the giant door, cracked it open, and went inside. Inside the castle, Jack saw the most amazing thing he had ever seen. It was a goose. But it wasn’t just any old ordinary goose. This goose laid eggs made of gold! “That is so cool,” thought Jack. “Think of all the things you could do with golden eggs!” And then, Jack got the worst idea he’d ever had—he was going to take the goose! Jack lifted the goose off of its perch. Just then, the biggest, most fearsome, and only giant Jack had ever seen came into the room. The giant saw that his goose wasn’t in its usual spot! “Fee fi fo funch, if you took my goose, I’ll eat you for lunch!” “Oh no,” thought Jack. “That giant’s going to eat me! I’ve got to get out of here without him seeing me!” Quietly and carefully, Jack took the goose and made his way toward the door. He was almost out of the room when—honk! The goose cried out and the giant spotted Jack! “Fee fi fo fummy, give that back or I’ll call my mummy!” roared the giant. “Ahhh!” screamed Jack. He ran toward the beanstalk. Jack ran as quickly as he could down the beanstalk, but the giant was following close behind. Just as Jack put his feet back on the ground, the giant picked up Jack in his enormous hands. “Fee fi fo fummy, I bet you taste yum yum yummy!” said the giant. Just as the giant was about to eat Jack, the ground began to shake, and there, standing right behind the giant, was an even bigger, taller, more humongous lady giant! “Two giants!” thought Jack. “They’ll eat me now for sure!” “Put that boy down, Willifred,” the giant mama told her son. The giant put Jack back down on the ground. “Now what have I told you?” she asked. “Don’t eat other kids,” said the giant sheepishly. “That’s right, we don’t eat other kids,” said the mama giant. “But he took my goose!” cried the giant. Just then, Jack’s mama came out of the farmhouse. “What on earth is going on here?” she asked. “Well,” Jack began, “there was this castle, and inside was the coolest goose ever—it lays golden eggs! As I was taking it, this giant kid came in and was all ‘fee fi fo fum’ and then I—” “You mean you took this boy’s goose?” Jack’s mama interrupted. “Yeah, but it lays golden eggs!” Jack paused and thought about it. “Huh. Now that you mention it, I guess that wasn’t very nice,” said Jack. Jack looked at the giant. “I’m sorry I took your goose. I know I shouldn’t take things that don’t belong to me.” “That’s OK. I suppose I should’ve asked you to give me back the goose without trying to eat you. I’m sorry too,” said the giant. “Hey, do you want to play baseball?” Jack and the giant became good friends, using the beanstalk to visit each other whenever they wanted. “You know,” Jack said, “if it weren’t for those three magic beans, I never would have learned how to play giant baseball.” “You’re right,” said the giant. “I’d say the whole adventure was a giant success!”
Learning Outcomes
Jack learns that it is important to make good choices and to be fair to others, even if the other person is a great, big, huge giant.
Following the Story:
1