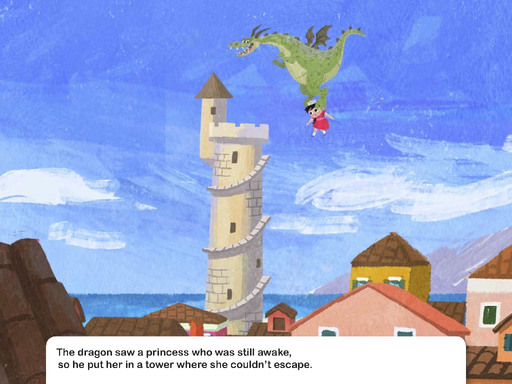 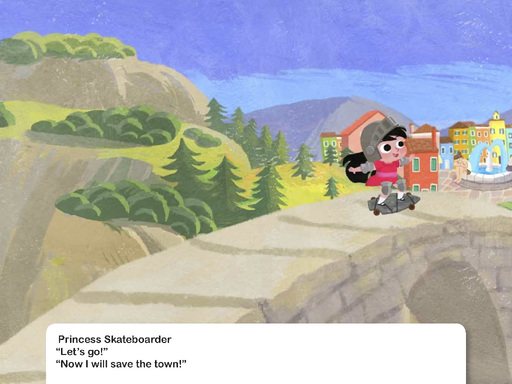 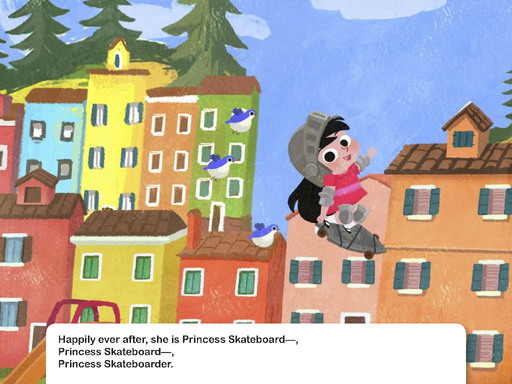 Using creativity and perseverance, will the princess be able to save herself?
Once upon a time from a tower steep, a dragon uses his magic breath to put a whole town to sleep; a whole town except a princess. When the dragon sees the princess awake, he locks her up in a castle tower. Using determination and creative problem solving, the princess tries to find a way out to save the town! Will she be able to make it out of the tower? Will she save the town? How? Sing along with Princess Skateboarder to see how she never quits once she commits, no matter what comes up in her way!
show full description Show Short Description
Princesses
Find your child's favorite princess stories. With a collection of new favorites like Princess Skateboarder and Superkids Princess Problems, you're sure to find something your child will love.
view all 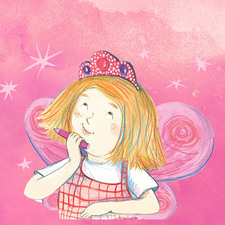 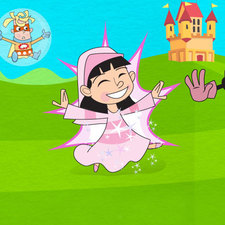 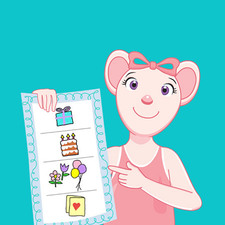 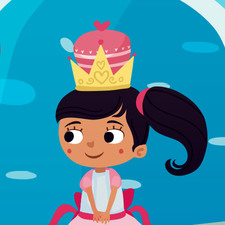 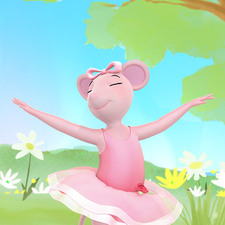 Angelina: Our Favorite Time of Year is Spring 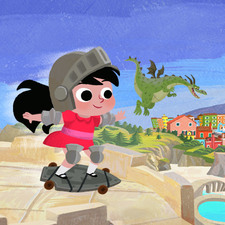 One membership, two learning apps for ages 2-8.
TRY IT FOR FREE
Full Text
Once upon a time from a tower steep a dragon used his magic breath to put a whole town to sleep. The dragon saw a princess who was still awake, so he put her in a tower where she couldn’t escape. “I must get down to save the town!” She got an idea after lookin’ around, that she could use what she had to get herself down. And so she formed her own skateboard. Princess Skateboarder! She jumped on the board to see how it feels, but her dress got ripped under the skateboard’s wheels. “Once I commit, I never quit!” She tightened up her helmet and the rest of her gear, stepped on to her board and let out a cheer. “Look out below! Geronimooooooooooooo!” Princess Skateboarder “Let’s go!” “Now I will save the town!” Skating quickly, she came to a moat. “I’m stuck here unless I can make a boat.” She turned over her board, and then she sailed to the shore. “I need a good idea to wake up a whole town. Aha! An alarm clock using birds as the sound.” She saw some birds and called them down. For every different trick she did they made a louder sound. They got so loud it woke the crowd. Princess Skateboarder! The people cheered—she’s creative and strong. “She’s so great—we should write her a song.” Happily ever after, she is Princess Skateboard—, Princess Skateboard—, Princess Skateboarder.
1