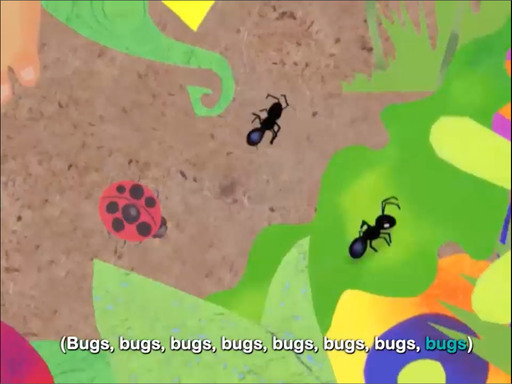 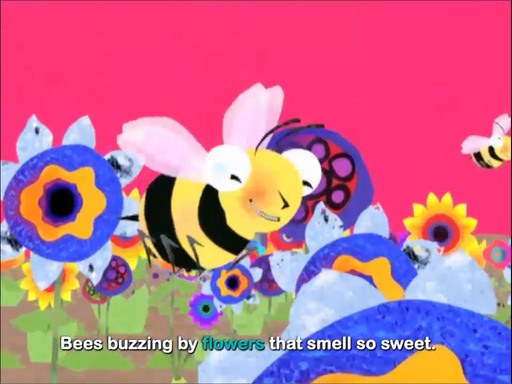 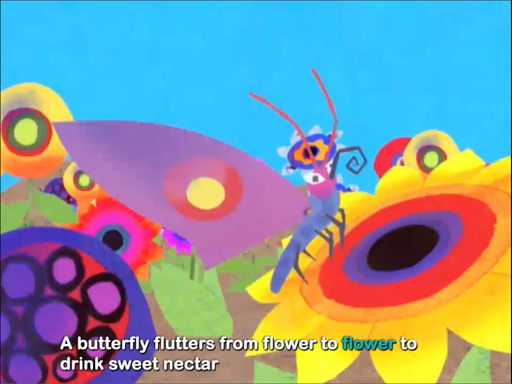 Meet the bugs, and read along in rhyme as you learn about your favorite bugs!
Let’s meet the bugs! Butterflies that flutter by start out as fuzzy caterpillars that can’t fly. Spotted ladybugs are fancy beetles, and buzzing bees have stingers like needles. Friendly daddy longlegs look like spiders, but they don’t bite and can’t spin a web either. Grasshoppers hop, hop, hopping out of sight can decide if they want to take flight. There’s so much to learn about bugs in this beautiful, cut-paper collage story that brings the world of bugs to life for the bug lover inside you. Read along in rhyme to see what new facts you learn. What’s your favorite kind of bug? Why?
show full description Show Short Description
Bugs
Browse our collection of stories about bugs. With popular stories like Bugs! Bugs! Bugs! and Hi! Fly Guy, you're sure to find something your kids will love.
view all 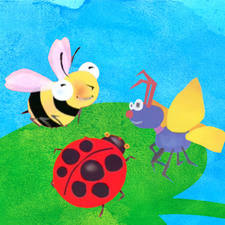 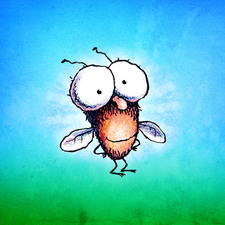 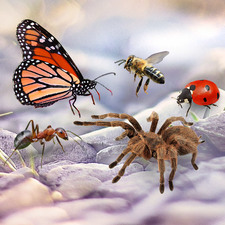 One membership, two learning apps for ages 2-8.
TRY IT FOR FREE
Full Text
I want to see bugs. Butterflies that flutter in the sky. Spotted ladybugs that go creeping by. Friendly daddy longlegs that never bite. Grasshoppers hop, hop, hopping out of sight. A fuzzy caterpillar with tiny feet. Bees buzzing by flowers that smell so sweet. A long line of ants that work so much. Roly-poly bugs that curl up when I touch. I can see buggy bugs all around me. “Let’s meet the bugs.” A butterfly starts life as an egg, hatches out to be a hungry caterpillar, then, it forms a chrysalis. In a few weeks, it hatches out again as an adult butterfly. A butterfly flutters from flower to flower to drink sweet nectar with its long drinking-straw-shaped mouth. Most butterflies fly by day and sleep at night with their colorful wings folded. Ladybugs are beetles. They have two wings under the hard covering of their body. Ladybugs come in red, yellow, and orange and can have two to twenty-four spots. A spider has eight legs and two body parts. Most spiders spin silky webs to catch passing bugs for lunch or dinner. Unlike true spiders, daddy longlegs have only one body section. They walk on long, wobbly legs and don’t spin webs. A grasshopper has very strong back legs so it can hop or jump from place to place. Most grasshoppers have wings and are good fliers. A grasshopper can make a chirping sound by rubbing one of its back legs against a wing. A caterpillar is a butterfly or moth waiting to fly. A hungry caterpillar spends most of his time munching on leaves. After some time, a moth caterpillar spins a silky cocoon. A butterfly caterpillar forms a chrysalis. After a few weeks pass, they break out with their brand-new butterfly or moth wings. Bees have six legs, two wings, a hairy body, and a stinger. Bees live in large colonies called beehives. Each hive has one queen bee, many soldier bees, and many worker bees. Worker bees collect flower pollen and use it to make honey. Ants live together in large ant cities called colonies. Each colony has one queen and many, many workers. Most ants live underground, but some live in holes in trees or nests above ground. Ants come in many colors from black to yellow to red. Roly-poly bugs are special because they roll up into a ball when they are scared. Roly-polies have hard, armor-like shells that protect their bodies. They like to live in dark, moist places like under logs or rocks, or in basements.
1